In 2019 the surface impressions of worm burrows were found preserved on a bedding plane in the Eachway Lane Quarry.  Until now, these trace fossils were the only evidence of life to have been identified in the Lickey Quartzite Formation.  However, during recent geo-conservation work in Warren Lane Quarry, another trace fossil, that appears to be a feeding trail, was located on a bedding plane. 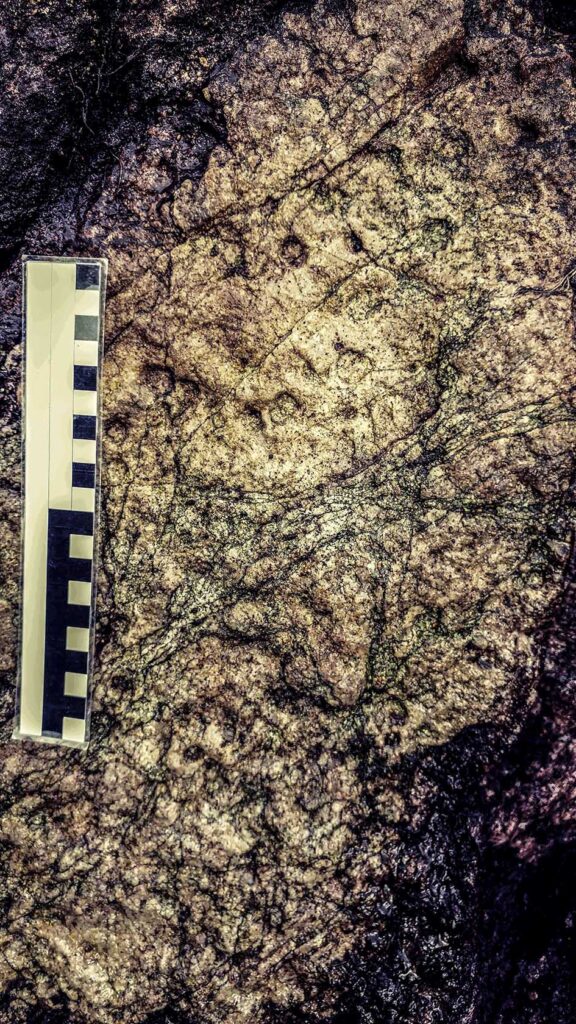 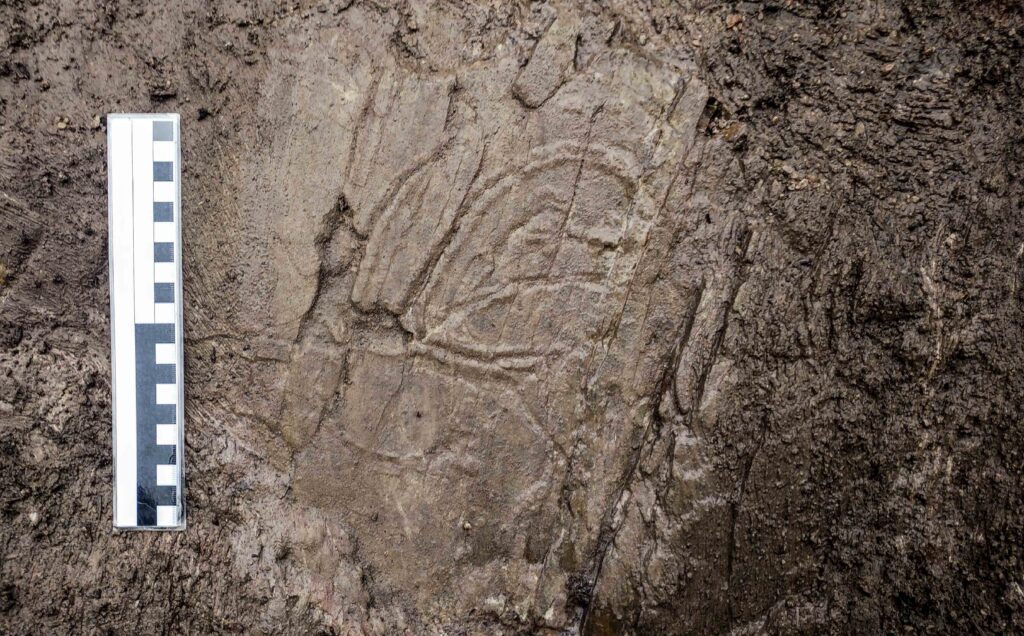 Above: Feeding Trail in Warren Lane Quarry.  The double-ridge structure of the trace resembles ‘cruziana’ – the trail left by a browsing trilobite.