Taking over as champion for Little Doward seemed challenge enough at the time. But for anything ‘little’ there has also to be a ‘great’ and in the extreme south of Herefordshire there is also a Great Doward next door for whom there has never been a champion. Their geology is totally interlinked but the whole is certainly greater than the sum of the 2 units. So with the implicit backing of EHT I am still getting to know quite a large piece of territory. Where the highest Carboniferous deposit on Little Doward is the Crease Limestone, one can go 2 stages further up with the Llanelly Limestone Formation and the Cromhall Sandstone Formation on the top of Great Doward. The latter is better blessed with caves of which King Arthur’s is the best known, has a much better range of quarries to examine, and has evidence of man’s searches for iron on the opposite side of the Wye from the considerable iron workings in the Forest of Dean. 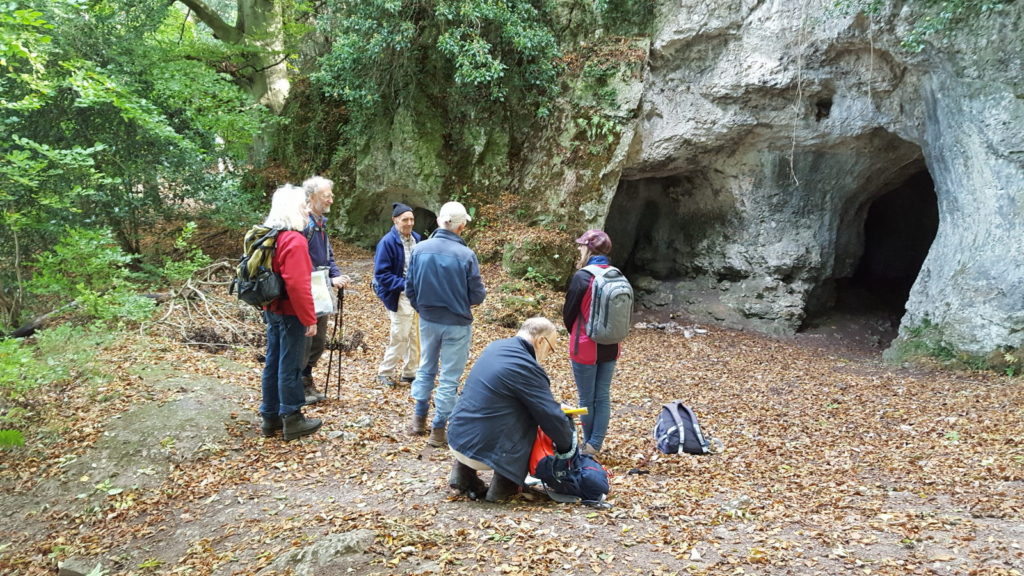 Yet Little Doward has a lot to offer and locally we are pleased it has been chosen as 1 of the 4 locations for the development of the new EHT developed phone/tablet app for use by school parties and others to get up close to its rocks and features. As I write at the end of March (2018) we have just tested the app out and will be training volunteers in its usage shortly. 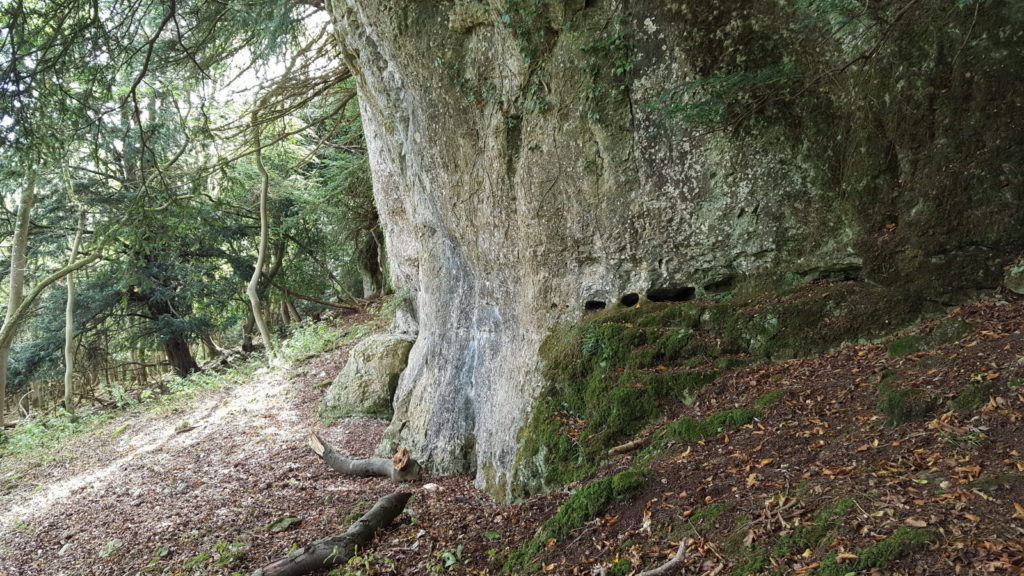 Little Doward and Great Doward are linked together by a dry valley above the Wye gorge. The app confidently describes this as being a glacial overflow channel. But I still feel quite sympathetic to the view of a P. A. Wood who wrote an excellently written and illustrated paper about 1970 called “Geomorphological Aspects of the Wye Valley between Goodrich and Monmouth” in which he suggests that this valley is part of an abandoned meander of the River Wye. There are 3 other abandoned meanders, one upstream and 2 downstream of the Dowards, but all at a lower level. The geological jury is out and if anyone knows of any evidence to support either theory please let me know. Better still come and take a look! 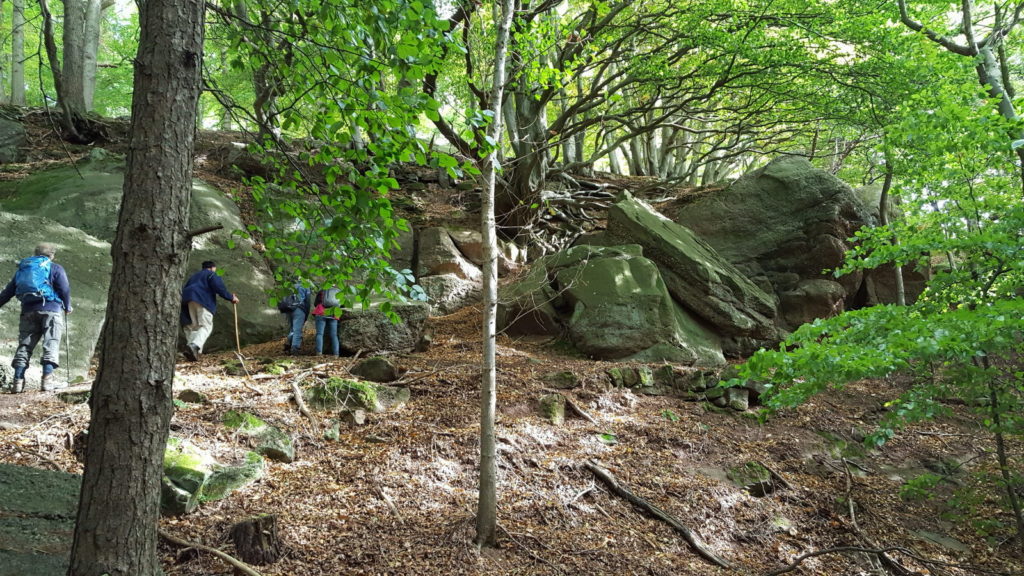 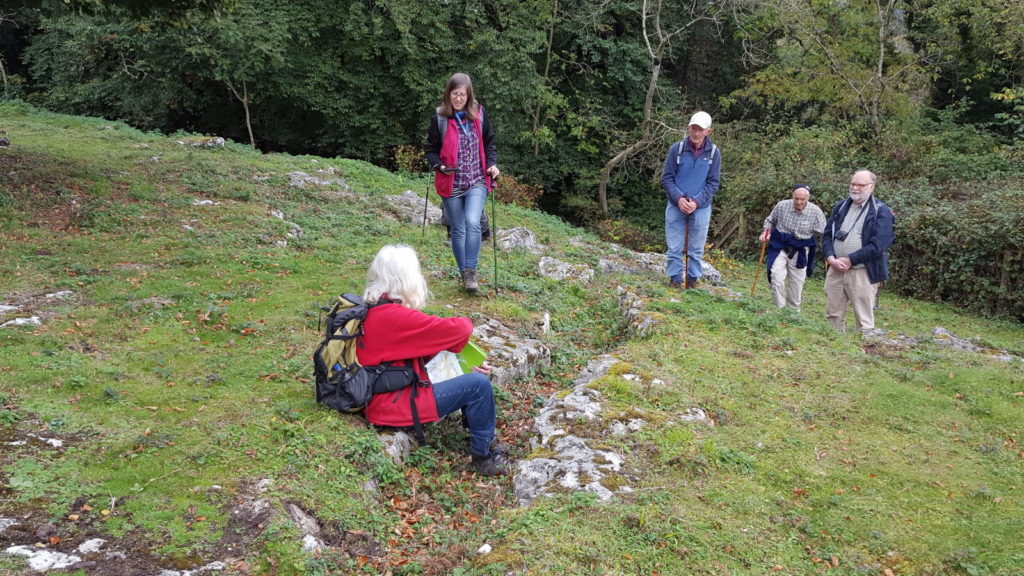