Conservation work by the Lickey Geo-Champions continues to unearth evidence for the structural evolution of the Lickey Quartzite.  However, one particular pair of structures  has proven to be highly elusive.  In The Geology of the Lickey Hills, William Boulton, who succeeded Charles Lapworth as Professor of Geology at Birmingham University, made the following observation, “Other evidence of overthrusts in the Quartzite can be seen near the base of the large quarry on the north side of Rednal Gorge and about 900 yards south of Eachway Lane.  Two adjacent thrusts converging eastwards are here exposed, the upper inclined to the west at 18o and the lower at 25o.  Eastward they end rather abruptly against a vertical shatter belt in the quartzite.” 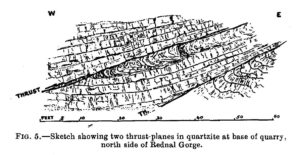 Boulton’s Sketch of the thrusts in Rose Hill Quarry

Previous clearance sessions have concentrated on the main Rose Hill quarry, but while processing a LIDAR image of the area Alan Richardson identified two subsidiary excavations.  His preliminary reconnaissance of the eastern one in February identified a movement plane, with what appeared to be drag folding, apparently consistent with the upper of Boulton’s two thrusts. 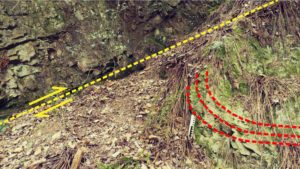 Fig 2. Before being cleared, there seemed to be a gently dipping thrust plane (yellow) with drag folding of bedding in the footwall block.

A clearance session was set up at short notice, and on the first Saturday in March Ken Lewis, Dave Green and Alan Richardson met up with Lickey Hills Ranger Holly to remove vegetation, soil and rock from the site. 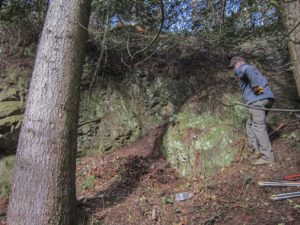 Fig 3. After the clearance session, some of the features observed in the preliminary survey appeared less convincing,

The group moved a considerable volume of rock and soil, as well clearing surface vegetation and tree roots.  The rock surfaces were brushed clean of algae and moss, and a conveniently located timber pole and a number of tree branches were employed in constructing a viewing platform. 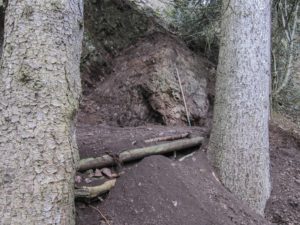 Fig 4. The new viewing platform, from which the fault plane rises away from the viewer.

The results were somewhat mixed in terms of providing the anticipated structural evidence.  With the vegetation and debris removed, the movement plane turned out to be significantly steeper than the 18o recorded by Boulton.  With respect to the drag folding, it had been hoped that more definitive evidence would be found in the form of a deformed clay layer – however, the new excavations did not unearth any such structure. 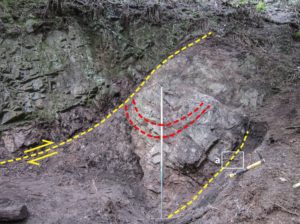 Fig 5. The fault plane (yellow) steepens to the right of the cleared area. The drag folding (red) could not be conclusively identified, and may have been illusory. The lower yellow line identifies the position of a second fault plane, shown in close-up in Fig 6.

The excavation revealed a second fault plane at a lower level.  It is characterised by a fault breccia, consisting of fragments of Lickey Quartzite in a matrix of soft clay.  It proved impossible to expose more of this structure, owing to the proximity of a substantial root, the removal of which would have destabilised the Scots Pine to which it belonged. 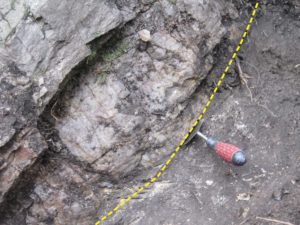 Fig 6. The lower fault is characterised by a zone of breccia with a clay matrix. The trowel has been inserted along its upper surface.

Boulton refers to observing the two thrusts “near the base of the large quarry”: it is possible that our excavation is above the section observed by him.  If so, there is no reasonable prospect of removing enough debris to expose the rocks recorded in his sketch.  Further expansion of the new excavation is prevented by the presence of substantial tree roots, however, an easily accessed exposure above and to the right provides scope for a further clearance session to expose the lower fault, and the rocks below it.