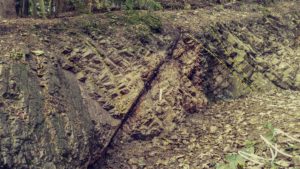 In a previous posting, I suggested that the curvature of the bedding adjacent to the fault at the west end of Kendal End Quarry represented drag folding. In a recent clearance session the Geo-Champions excavated a trench along the face in which the fault is exposed. It gave a new vantage point from which to gain a dip-section view of the fault, and the adjacent bedding. It became apparent that while some of the bedding planes in both the hanging wall and footwall blocks steepen towards the plane of movement, others do not. This, together with the observation that beds so affected vary in thickness, leads to the conclusion that these are sedimentary structures, not tectonic ones: they are large-scale ripples, or hummocks, probably caused by wave agitation of the sediment prior to burial. Yellow dashed lines on the photograph highlight these structures. The scale bar is 20cm. 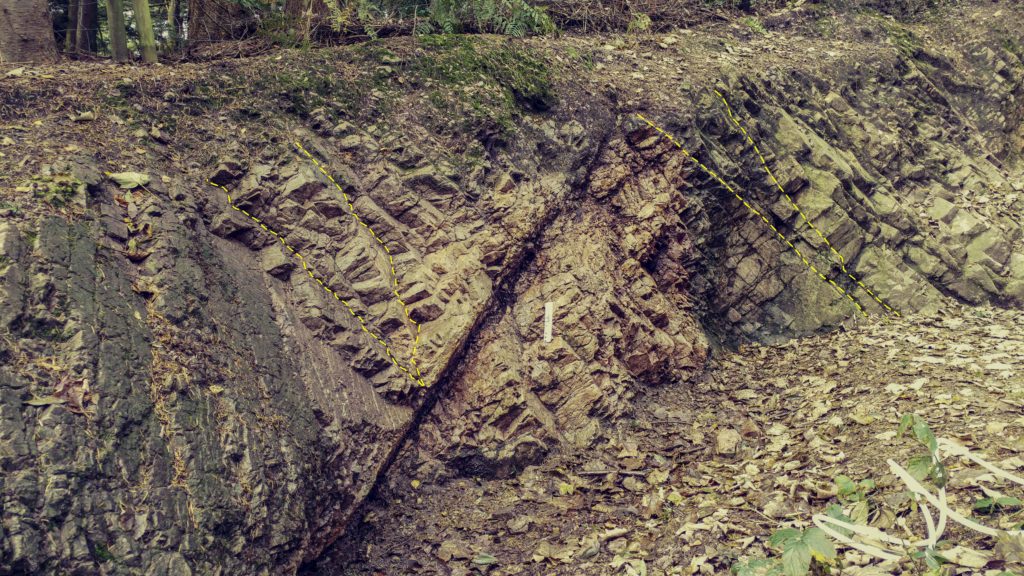