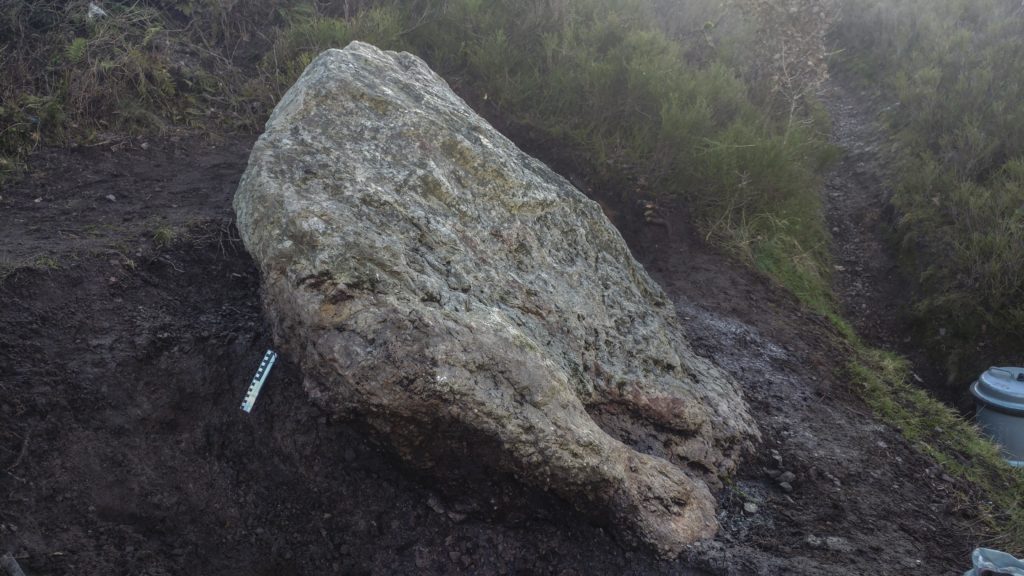 About 25m along the footpath leading south from Eachway Lane lies an outcrop of quartzite breccia, which closely resembles the breccia seen on Bilberry Hill. Two geoconservation sessions were devoted to revealing more of the rock and to pressure washing it, in order to establish whether it was a loose boulder or outcrop. Excavation on the upslope side revealed that it lies on a bed of loose, unlithified angular quartzite fragments, with a grey sandy matrix. It has thus been interpreted as a boulder. The excavation further revealed that its underside consists of unbrecciated Lickey Quartzite, which is separated from the breccia by the same unconformity as on Bilberry Hill, which we believe is the Ordovician/Silurian unconformity exposed at the Rubery Road Cutting. The nature of the material under the boulder seems to be more consistent with periglacial regolith than quarry waste, and it is likely that it has moved by solifluction from higher on Rednal Hill.

The photo has been digitally enhanced to emphasise the differences between the pale Lickey Quartzite and the overlying breccia.